A dozen new students were welcomed into the Mexico Academy & Central School District’s National Honor Society during its 66th annual Rite of Induction in late November.

National Honor Society (NHS) recognizes students who have demonstrated excellence in the areas of character, scholarship, leadership and service, collectively referred to as the “four pillars” of NHS.

Superintendent Dr. Donna Runner and Mexico High School Principal James Busco both spoke briefly during the Nov. 22 ceremony, offering congratulations to the inductees and encouraging all to continue being shining examples of citizens and community members.

NHS Adviser and high school teacher Joseph Deckman was the master of ceremonies, and read a few accolades from each student as they were officially inducted in front of an audience of family and friends.

The new members joined those already in NHS to give back the very next day as the society volunteered its time during a Red Cross blood drive in Mexico High School that saw dozens of donations.

View a gallery of photos from the event via the following link to our Facebook page: facebook.com/MACSpride/posts/4600020503368322 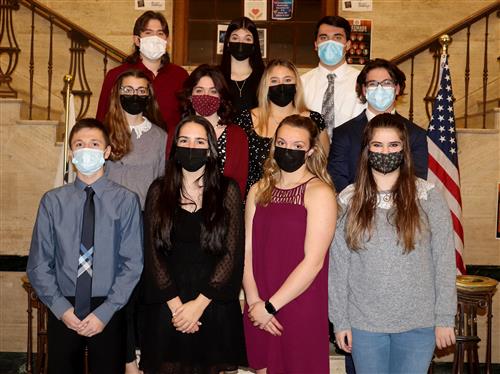