The Mexico Academy and Central School’s Athletic Hall of Fame is calling upon nominations for its upcoming 2020 class, which will be inducted during the annual Block “M” Reception in June.

Athletes, teams and coaches from Tiger history can be nominated for enshrinement in the Hall of Fame, and up to four selections are made each year.

Nominations must be turned in by Feb. 14 to the Athletic Department to be considered for the 2020 class. Forms can be picked up at the athletic office in the high school or found electronically under the Athletics page on the MACS’ website, mexicocsd.org.

To be nominated, athletes must be out of school for 10 years and played sports for two years while at MACS. The same rules apply for entire sports teams.

Coaches must have retired at least three years ago and coached for at least 15 years.

All nominees will be reconsidered in following years if not selected for induction this time around.

The 2019 inductees were William Dumas, Russ Daniels and Blaine Wills.

This year’s Block “M” Reception is scheduled for Wednesday, June 3. 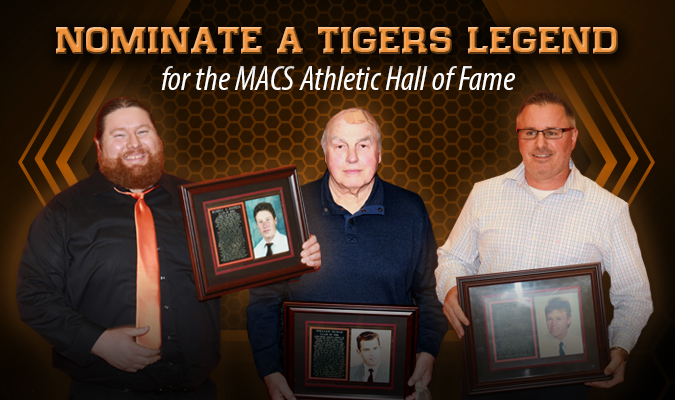