Hundreds came out to see the spectacle that was the Mexico Middle School production of “Once Upon A Mattress.”

The cast and crew of the production staged the musical from Nov. 21-23. The musical was a retelling of renown fairytale “The Princess and the Pea,”

“Once Upon A Mattress” is adapted by Tom Briggs and Anthony Miller with lyrics by Marshall Barber and music by Mary Rogers.

The show was directed by Corinne Upcraft and the assistant director was Rebecca Smith.

“We are so proud of all the hard work everyone put in for the show,” said Upcraft.

To view a full preview gallery with photos from the show, visit our district's Facebook page at: https://www.facebook.com/MACSpride/posts/2598242476879478 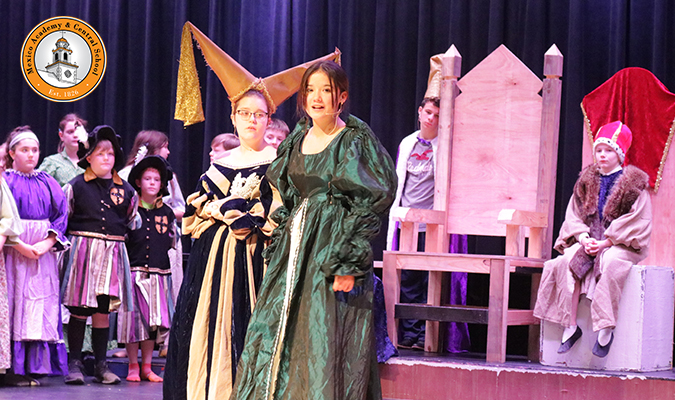 During a song in “Once Upon a Mattress,” Queen Aggravain, at left played by Kaylee Delk, glares at Princess Winnifred, played by Izzy Fiorito while the cast looks on in an early scene.