Students preparing to enter Mexico Middle School as fifth-graders this fall recently got acquainted with their new school and policies during a recent orientation.

Held a couple weeks prior to the first day of school, the dozens of fifth-graders in attendance learned about rules and procedures at the middle school, then toured the school to get acquainted with its layout.

Mexico Middle School Principal Kimberly Holliday welcomed the group, highlighting the various activities and clubs that the students will have as options throughout the next four years.

Holliday also explained the Tiger Pride Pass program, services offered at the school’s school-based health center and other items of note to the newcomers.

Students also met the school’s new Assistant Principal, Stacey Rebecchi, who noted she was excited to be working in Mexico and to meet the members of the community.

After the meeting, Holliday, Rebecchi and other staff members took students and their families on a tour of the building.

The first day of school for Mexico students is Sept. 4. 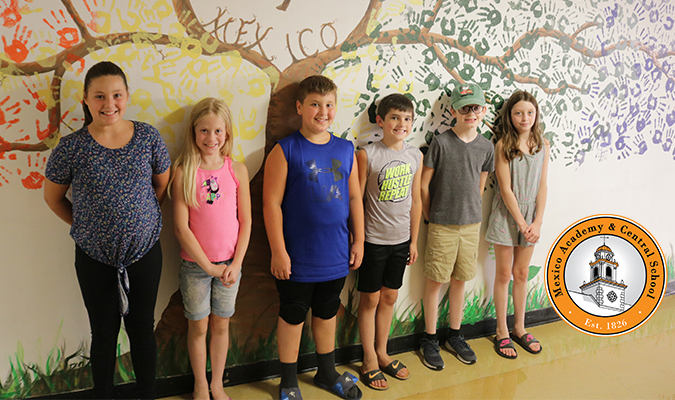 Students entering the fifth grade stand in front of a mural at Mexico Middle School during a recent orientation night.